There is a legendary and friendly rivalry between Osaka and Tokyo, but when disasters strike such as the recent earthquake and tsunami in northern Japan, the whole country comes together.  The generous donations coming in from all over Japan around the world will help the thousands affected by put their lives back together.  Businesses that have deep ties in Japan have pledged to continue to use their suppliers wherever possible, such as stated by Apple’s Tim Cook in a recent interview.

Recently many businesses are shifting their offices to Osaka because of the uncertainty of stable power generation in the east. Southern Japan is on a different power grid than eastern Japan, and fact that has hindered recovery in some ways. Because the two grids run on different frequencies, in order to share power conversion facilities are required, which there are few.

Office-space provider Servcorp reported that typical occupancy rates of 70 to 80 percent for their properties have already filled up. Luckily though, Osaka has in recent years completed many new office buildings which will help meet this demand.

Economic activity will play a key role in helping eastern Japan recover from the disaster. A construction boom has already been predicted which will provide strong financial incentives for companies as demand increases, not just near the disaster areas, but also in other parts of Japan as some companies shift operations from east to west Japan. 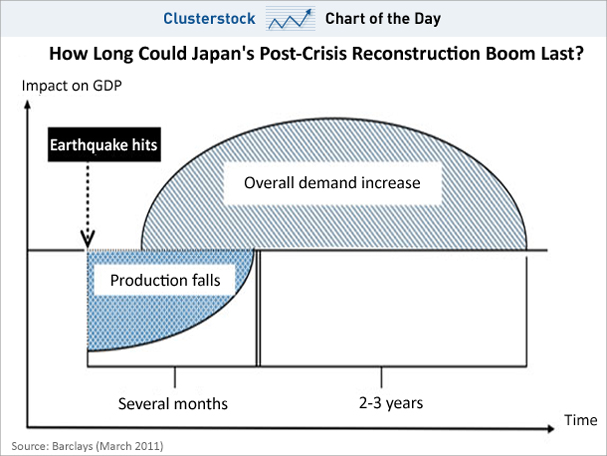