Those of you familiar with business culture in Japan might have come across the phrase “cool biz”. What does this English-ish phrase mean exactly? Wikipedia has a good article explaining the meaning: cool biz is a campaign to “help reduce electric consumption by limiting use of air conditioning.” It originally started in 2005 and has continued to be implemented in businesses all over Japan. In a 2009 nationwide poll, almost 60 percent of companies surveyed reported to be actively implementing cool biz in the workplace.

What are some examples of cool biz? 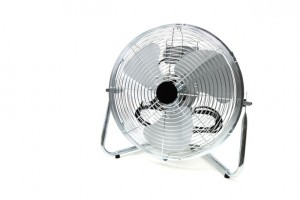 The second part of cool biz is a relaxed dress code. Business attire in Japan is very conservative compared to some countries such as the US. Many companies require suits and ties for men and uniforms for women. This can vary widely by industry and even position within the company. Also, another important factor is how much contact the worker has with clients and customers. With cool biz, the company decides that just a dress shirt is fine. Few places relax rules enough to allow shorts and sandals, but not having to bring a suit-jacket makes a big difference. Companies who take part in cool biz often post a sign outside their office where customers or clients can see which politely apologizes for the lack of the usual formal dress.

What is “super cool biz”?

Super cool biz is a new form of the cool biz campaign that encourages companies to take cool biz to an even further level. The term came electricity supply concerns started to surface in Tokyo as a result of the March earthquake and tsunami. Super cool biz offers more suggestions to stay cool while saving power. Some of these idea include wearing Hawaiian shirts, something which hasn’t caught on in Japanese companies (yet).