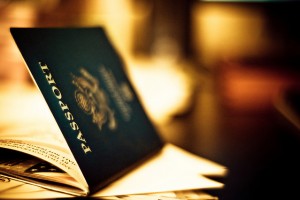 According to immigration law was changed at July.09.2012, we had new residency management system

１. Grant of the residence card.

２. A residence period for up to five years.

Most frequently ask an inquiry from our client is changes of the reentrance system in above 4 points.

When you entered the country again when and the foreigner who possessed a residence card left the country to continue activity in this country within one year after the departure, an effective passport did not have to receive a re-entry permit as a general rule.

But the number of points where you must be careful about is how many, or there is it.

When you leave the country by a new system, you cannot extend the validity in overseas Japanese Embassy.

As for time beyond (as for the special permanent resident two years), a residence status will be lost for one year a period of the departure.

In this case you must perform landing application as a new immigrant some other time after having acquired a new visa at a government establishment abroad.

When a period leaving the country may extend, please warn him because it is necessary to receive a re-entry permit as before, and to leave the country.

When it is going to use a new system after law revision for the first time, it does not apply to a person needing a re-entry permit exceptionally, or it becomes very important to confirm in own.