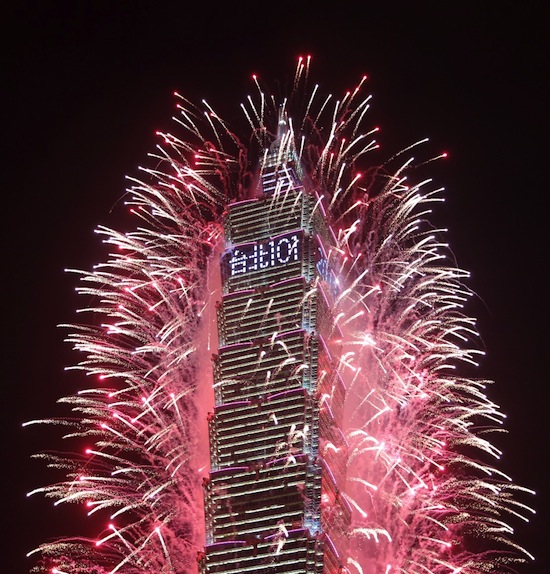 I was in Taiwan in this new year and I would like to tell you how different new year between Taiwan and Japan.

Official name of Taiwan is “Republic of China” where is in south-west of Okinawa and nearest subtropical island.

It is loud fireworks launched as a 101-story high-rise building by a building of famous 101, Taipei that is famous for the event of New Year’s Day. 1010, Taipei was a world’s best super high-rise (around 500 meters in height) building before, but the height was let in Burj Khalifa of Dubai now. (around 800 meters)

Taiwan is geographically near to Japan, but the states of New Year holidays seem to be considerably different. It is common in Japan to spend New Year holidays with a family calmly from the end of the year, and there is no custom to launch fireworks on New Year’s Day. Commonly,the fireworks are seen in Japan only in summer.

However, in recent Japan, a sale from first day and January 2 becomes the pastime that is trend for recent New Year holidays in Japan on New Year’s Day.

In addition, I start on January 1 for New Year holidays in Japan and I stop at the area, but, as New Year holidays, I gather in families and eat a rice cake and spend about around seven days slowly.

Because it is February, New Year holidays in Taiwan are the almost same as a normal day other than fireworks of January 1.