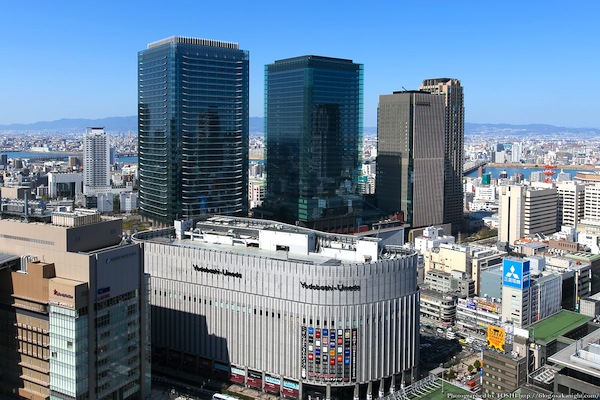 As of April 26, 2013, Osaka has new city complex area named “ Grand Front Osaka”. Grand Front Osaka is part of Umekita District, which is considered as a prime location for commercial establishments situated in the western part of Osaka City.

The entire commercial area measures around 44,000 square meters, regarded as the largest when it comes to shopping malls and accessibility because it connects directly to a railway station. As a whole, shoppers can enjoy around 266 shops, which are considered as the “First in Japan” or “First in Kansai”.

Inside Grand Front Osaka, there are various facilities available and one of which is the Knowledge Capital, which is a venue for information sharing and networking that will surely draw attention and will become a new landmark in Osaka. Aside from that, Travelex Japan will also be there to serve customers, who are in need of foreign exchange services. In fact, Travelex Japan is designed to provide convenience and accessibility to both shoppers and visitors.

Grand Front Osaka commercial complex is a one of its kind, and expected to be visited by 25 million visitors and $400 million of sales for the rest of 2013. In fact, financial experts divulged that for the first 3 days, visitors reached over 1 million and business owners earned more than $12 million in sales.

Currently, experts are seeing some improvement in the financial status of Umeda area. With such positive news, the Japanese government is hoping that this redeveloped area can help in the country’s economic stimulation.