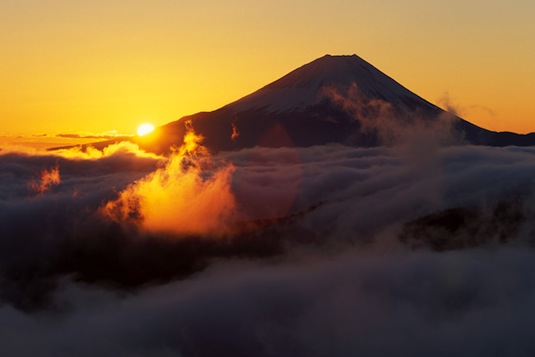 The Financial Services Agency and the Tokyo Stock Exchange held the fifth session of “the panel of experts to develop a corporate governance code” to hear opinions about the number of people and composition of boards of directors and so on.

Many commented that it was necessary to select more than one external director who was highly independent and one of the reasons for this was that “There is a worry that only one external director could be isolated and not be able to fulfill the role sufficiently”. (Comment by a management executive, also serving as an external director) There were other viewpoints, such as that by appointing two or more external directors it would be easier for them to make remarks in meetings.

On the other hand, there were also objections such as “It is a question of defining a formal basis across the board. The desired number and quality is different from each company. We should leave the choice to the companies.”(Comment by a management executive)From the next session, the panel will go on to organize individual issues and aim to develop a code close to the shareholders’ meeting season next year. (Souce:“Keiei Zaimu Magazine”No.3187)

The government indicated there would be a policy considering an “Exit Tax” in the 2015 fiscal tax reform. Referencing the example of Germany, France and Canada that apply this tax to individuals who become non- resident at the time of their departure, it was decided to discuss the measures to impose this tax on the unrealized gains of shares, etc. possessed by an individual if the individual is to be a permanent residence abroad.(Source:“Zeimu Tsushin Magazine”No.3333)

A major change in the year-end tax adjustment for 2014 is the raise in the upper limits for the non-taxable commuting allowances paid to employees who commute by bicycle, car, or similar means of transportation. The change came into force from October 20th, 2014.

It should be noted that the change applies to the commuting allowances paid or to be paid on or after April 1st, 2014. As the withholding income tax on such commuting allowances has already been calculated according to the old limit amounts, the differences will be adjusted through year-end tax adjustments. Those who are not subject to year-end tax adjustments (e.g. employees resigned mid-year, employees with an annual income exceeding 20 million yen, etc.) are required to file a final individual income tax return in order to receive the adjustment.(Source:The Cabinet Order on the Partial Revision of the Order for Enforcement of the Income Tax Act (Cabinet Order No. 338 of 2014))

They do not grow wise. They grow careful.
(E. Hemingway, A Farewell to Arms)

As referred to in the Japanese expression “Barei wo kasaneru” (meaning to have aged without having accomplished anything), cultivation of character will never happen automatically just through aging. I suppose that only after making constant efforts to improve oneself and reflecting on what was obtained from life experiences up to now, one could become an old person of grace.

There is also another proverb by Yoshida Kenko, a 14th century Japanese Buddhist monk who said “The longer man lives, the more shame he endures.”