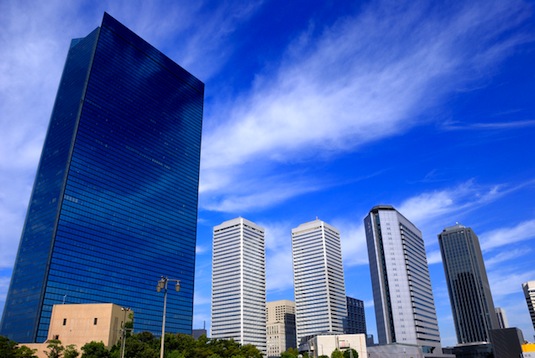 1. Accounting(“The policy concerning the selection of Accounting Standards”- including a future plan to apply IFRS.)

“The basic policy concerning the Selection of Accounting Standards” is newly required to be mentioned in the Earning Release for the year ended March 31, 2015. With the Japanese GAAP, IFRS and USGAAP being available to choose from, this new requirement reveals a company’s basic concept on the selection and the possibility of IFRS application in the future.(Souce:“Keiei Zaimu Magazine”No.3215)

Due to the 2015 tax reform, when a resident claims disability deductions, dependent deductions, spouse deductions or special spouse deductions for non-resident family members, documents will need to be attached to the tax return verifying the family relationship and bank remittance history.
However, this rule does not apply when the documents are already submitted to payers that calculate withholding tax on salary or public pension (hereafter salary etc.), or conduct year-end adjustments.

The revision is effective for salary etc. paid on and after January 1st 2016 and 2016 personal income tax (a similar rule will come into effect for personal inhabitant’s tax.)

Among the cases brought to the Labor Bureau, the ones concerning “bullying and harassment” have increased rapidly in recent years, and came in the top place in 2012, exceeding cases regarding dismissal. Moreover, the number of cases where employees suffer from mental illnesses due to troubles in their workplaces and receive workers’ compensation has increased.

Meanwhile, only 45.4% of companies are actually making efforts to prevent and resolve power harassment, and the rate drops below 20% to 18.2% for small companies with 99 or fewer employees.

According to a survey, where companies took action such as providing seminars, training to the employees or conducting questionnaire surveys to grasp the actual situation of harassment, more than 50% of such companies reduced cases of power harassment. (Source:“Supporters for Creating Positive Workplaces”, the Ministry of Labor and Welfare website.)

4. This Week’s Words of Wisdom(Source:World Word of Wisdom 100)

The world is like riding a bike in that unless you keep pedaling, you will fall down. A company is no exception. There are not many companies that could keep a flat sales volume without declining. This is why it is often said that to stay successful after you win is difficult.