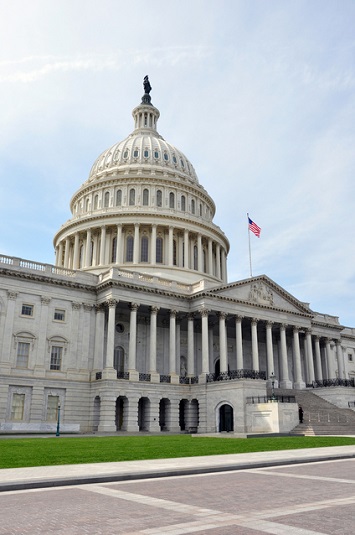 In November 17 2016, Janette Yellen, FRB chairman testimony at before joint economic committee in Washington DC.
In her testimony:

The U.S. economy has made further progress this year toward the Federal Reserve’s dual-mandate objectives of maximum employment and price stability.

This favorable outcome has been reflected in the labor force participation rate, which has been about unchanged this year, on net, despite an underlying downward trend stemming from the aging of the U.S. population. While above-trend growth of the labor force and employment cannot continue indefinitely, there nonetheless appears to be scope for some further improvement in the labor market.

The unemployment rate is still a little above the median of Federal Open Market Committee (FOMC) participants’ estimates of its longer-run level, and involuntary part-time employment remains elevated relative to historical norms. Further employment gains may well help support labor force participation as well as wage gains; indeed, there are some signs that the pace of wage growth has stepped up recently.

Meanwhile, U.S. economic growth appears to have picked up from its subdued pace earlier this year. After rising at an annual rate of just 1 percent in the first half of this year, inflation-adjusted gross domestic product is estimated to have increased nearly 3 percent in the third quarter.

In addition, consumer spending has continued to post moderate gains, supported by solid growth in real disposable income, upbeat consumer confidence, low borrowing rates, and the ongoing effects of earlier increases in household wealth.
By contrast, business investment has remained relatively soft, in part because of the drag on outlays for drilling and mining structures that has resulted from earlier declines in oil prices.

Turning to inflation, overall consumer prices, as measured by the price index for personal consumption expenditures, increased 1-1/4 percent (exclude high volatility items such as oil and food, it will hits 1-3/4 percent.) over the 12 months ending in September, a somewhat higher pace than earlier this year but still below the FOMC’s 2 percent objective.
With regard to the outlook, I expect economic growth to continue at a moderate pace sufficient to generate some further strengthening in labor market conditions and a return of inflation to the Committee’s 2 percent objective over the next couple of years.

About monetary policy:
Waiting for further evidence does not reflect a lack of confidence in the economy. Rather, with the unemployment rate remaining steady this year despite above-trend job gains, and with inflation continuing to run below its target, the Committee judged that there was somewhat more room for the labor market to improve on a sustainable basis than the Committee had anticipated at the beginning of the year.

Nonetheless, the Committee must remain forward looking in setting monetary policy. Were the FOMC to delay increases in the federal funds rate for too long, it could end up having to tighten policy relatively abruptly to keep the economy from significantly overshooting both of the Committee’s longer-run policy goals. Moreover, holding the federal funds rate at its current level for too long could also encourage excessive risk-taking and ultimately undermine financial stability.

By above, she said “Fed Rate Rise Could Come ‘Relatively Soon’ as Data Point to Stronger Economy”