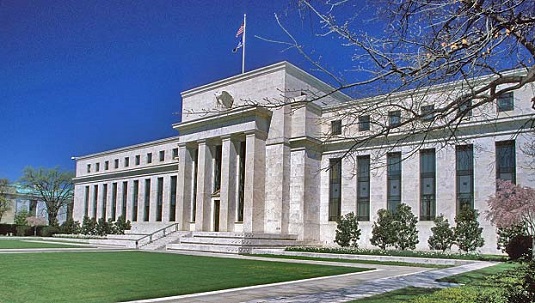 Federal Reserve officials raised interest rates for the first time this year and forecast a steeper path for borrowing costs in 2017, saying inflation expectations have increased “considerably” and suggesting the labor market is tightening.

The Federal Open Market Committee cited “realized and expected labor market conditions and inflation” in increasing its benchmark rate a quarter percentage point, according to a statement Wednesday following a two-day meeting in Washington. New projections show central bankers expect three quarter-point rate increases in 2017, up from the two seen in the previous forecasts in September, based on median estimates.

The central bank said monetary policy supports some further strengthening in labor market conditions and a return to 2 percent inflation, adding the word “some” in an indication that officials see less room for improvement in the job outlook. The word “strengthening” also replaced “improvement.”

Inflation has firmed toward policy makers’ 2 percent target, unemployment has dipped further and President-elect Donald Trump has pledged growth-fueling tax cuts and infrastructure spending that could warrant a faster pace of Fed tightening. Trump has accused Fed Chair Janet Yellen of keeping rates low to help Democrats, a charge she denied. Now, higher interest rates have the power to blunt the impact of any fiscal stimulus.

The FOMC didn’t include language in its post-meeting statement explicitly referring to changes in fiscal policy.
Wednesday’s interest-rate increase, only the second since the central bank cut borrowing costs to near-zero in 2008, was both telegraphed by Fed officials in recent weeks and widely anticipated in financial markets, with futures traders putting the probability at 100 percent.

Yields on benchmark 10-year notes surged after Wednesday’s decision, U.S. stocks retreated and the Bloomberg Dollar Spot Index reversed an earlier decline from Tuesday.
In a press conference following the decision, Yellen said fiscal stimulus may not be needed for the economy to reach full employment. As the Dow Jones Industrial Average flirts with reaching 20,000, she said rates of return in equity markets are in line with historical ranges.

She also gave some clues about her future as Trump prepares to enter the White House in January. Yellen reiterated that she intends to serve out her full four-year term as Fed chair that expires in February 2018. Any consideration about whether she’d stay on the Fed Board as a governor in case she isn’t given another term as chair is a “decision for another day.”

All 103 analysts surveyed by Bloomberg News had projected a hike on Wednesday. Economists saw two rate increases in 2017, according to the average probability in a separate survey of 41 respondents conducted Dec. 8-12.
The FOMC’s decision was unanimous for the first time since July. The move brings the target for the federal funds rate — the overnight lending rate between banks — to a range of 0.5 percent to 0.75 percent. That will potentially lead to marginally higher borrowing costs for consumers and companies while giving savers a boost.

Recent information shows that the labor market has continued to strengthen and that economic activity has been expanding at a moderate pace since mid-year, the central bank said in its statement. Job gains have been solid, consumer spending is rising moderately and business investment has remained soft, the Fed said.

As above clue is enough to hike a policy interest. With a new president of united state, coming year’s world market will have strong stimulation.