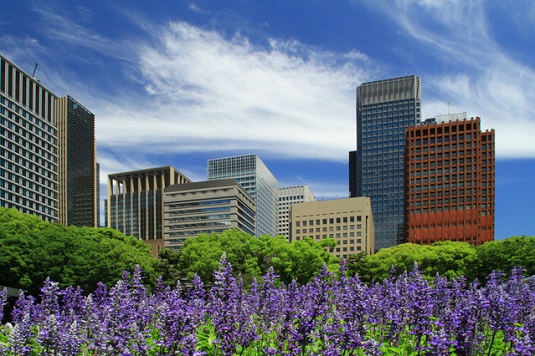 Toshiba Corp.’s board has approved a Chapter 11 bankruptcy filing in the U.S. for its Westinghouse Electric unit after the Japanese company warned of a possible $6.2 billion writedown on the nuclear energy business, Nikkei reported.

The Pennsylvania-based reactor developer, whose technology forms the basis of about half the world’s atomic units, has been grappling with delays at projects in Georgia and South Carolina, which led to the impairments. Toshiba said this month it may sell a majority stake in the nuclear business. Yu Takase, a spokeswoman for Toshiba, was not immediately available for comment.

Toshiba said last month it expected to write down 712.5 billion yen ($6.2 billion) in its nuclear-power business, citing cost overruns at Westinghouse and diminishing prospects for atomic-energy operations. The Japanese company’s bond yields jumped at the end of December after it announced the potential charge would exceed the initially anticipated amount of $87 million. Toshiba received approval to delay reporting third quarter earnings until April 11.

Toshiba’s $5.4 billion purchase of Westinghouse in 2006 may have seemed promising at the time. In 2005, the U.S. government gave nuclear developers a package of tax credits, loan guarantees and cost-overrun backstops. Westinghouse signed deals in 2008 to build four reactors for Southern Co. and Scana Corp., the first U.S. nuclear plants since the 1979 accident at Three Mile Island to be approved for construction by regulators.

But costs for the reactors increased after stricter safety standards were put in place in the wake the 2011 Fukushima nuclear accident in Japan. On top of that, a plunge in natural gas prices has made nuclear generation less attractive.

Scana and Southern could end up facing billions of dollars in additional costs, according to Morgan Stanley. Scana faces as much as $5.2 billion in higher costs that could drag its shares down 5 percent, analysts at the bank including Stephen Byrd said in a March 22 research note, while cost overruns for utility owner Southern could reach $3.3 billion.

Westinghouse wants to exit its role as contractor for building two new reactors in Georgia for Southern, the state’s Public Service Commission Chairman Stan Wise said in a phone interview Tuesday. The state’s regulators believe Southern has “appropriate levels of parental guarantees from Toshiba” on the project.

Japan’s Nikkei reported Monday that Westinghouse has turned to Korea Electric Power Corp. as a sponsor for its reorganization. A spokesman for the Korean company known as Kepco said Tuesday it will consider such a role if requested and that its interested in Toshiba’s NuGen stake in the U.K., the spokesman said, citing President Cho Hwan-eik.

Westinghouse supplied the world’s first pressurized water reactor in 1957 for a nuclear power plant and has been one of the most prominent companies in the atomic industry. Toshiba, one of Japan’s three biggest reactor suppliers, was banking that the U.S. company’s modular construction design would be easier and faster to execute. The idea was to make reactor components and ship them to construction sites where they could be snapped together, speeding completion.

Construction for Scana and Southern, however, didn’t go smoothly. Some projects failed regulatory tests, while others fell behind schedule. Work that should have been finished last year or this year were pushed back to 2019 or 2020.

In February, Toshiba announced it would no longer build new nuclear facilities and would focus instead on supplying parts and engineering. The Japanese company has put its memory chip business up for sale to fill the hole Westinghouse created in its balance sheet.

As you see above, it is not just Toshiba, various large scale companies have similar problem in these days such as “Lack of fair evaluation of their organizations”. The sense of uncertainty about infrastructure business is getting high.