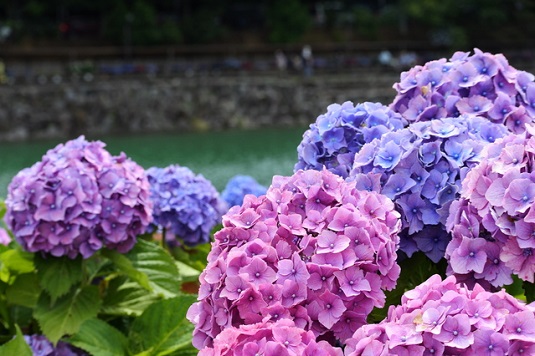 1. Accounting (Progress of the development of Revenue from Contracts with Customers)

In response to the publication of the International Accounting Standards Board Exposure Draft “Revenue from Contracts with Customers” in May 2014, consideration has been made in Japan to develop a comprehensive accounting standard for revenue recognition with a view to making Japanese accounting standards high quality and compatible with the international standards.

On Feb 4th 2016, “Solicitation of comments on the development of a comprehensive accounting standard on revenue recognition” was published, and this period ended on May 31st 2016. Currently, the consideration has been in progress, taking into account the comments and hurdles facing in its application in Japanese standards.

The development will continue, assuming the initial application date of the fiscal year starting on or after January 1st, 2018 in Japan in response to the mandatory implementation date of IFRS 15 in other countries.

In April 14th, the bill to reform the part of the Civil code (Law of Obligation) was passed in the House of Representatives by a majority vote and will be ratified in the current ordinary Diet session. Items included in the reforms are the statute of limitations of debt, guarantor, security deposit of rental houses, legal interest rates and the capacity for judgement. This is the first major amendment after its enactment about 120 years ago. Tax reform is also anticipated in response to the amendment such as in Personal income tax law, Inheritance law and the Act on General Rules for National Taxes.

On January 20, 2017, the Ministry of Health, Labor and Welfare issued the “Guidelines for Measures to be taken by Employers to Appropriately Manage Employees’ Working Hours”. This is one of the efforts to reduce heavy workloads on employees.According to these new guidelines, “working hours” is defined as the time during which an employee is under the instruction or order of an employer, and the hours worked by an employee under the instruction of an employer, either expressed or implied, are considered as working hours.Recently, heavy workloads and unpaid overtime wages are becoming an issue due to the miss-operation of self-reporting systems and the inappropriate management of employees’ working hours.

To prevent these problems, employers are required to instructe their employees and workplace managers to record actual working statuses accurately, as well as to investigate if there is any significant discrepancy between the actual hours worked and the hours reported by employees based on the records of enter/exit times or the operating times of office PCs.If an employer deliberately falsifies an employee’s working hours in a payroll ledger, a penalty of not more than 300,000 yen will be imposed.

(Resource: Ministry of Health, Labor and Welfare, “Guidelines for Measures to be taken by Employers to Appropriately Manage Employees’ Working Hours” / Notification No. 0120)

Today’s news report said that Japanese self-defense force ships would guard U.S. military vessels.
If this is the case, any third party country exchanging fire with the U.S. will naturally consider Japan an enemy and attack us. In some sense, the level of the impact of this is as great as an amendment to the constitution, however I do not remember the issue being fully discussed in the diet.